It’s estimated that spider veins plague 50% of women in the U.S. These are the small clusters of red, blue or purple veins that are usually found on calves, thighs and ankles. Spider veins may take several forms. However, they are typically found on the legs, and have the appearance of a spider web shape, where veins radiate out from a central hub, hence the name.

Although the common perception is that they are a cosmetic issue, they are often a symptom of the more serious problem of venous insufficiency or reflux, especially if you have symptoms such as heaviness, aching and/or fatigue in the legs. Spider veins form from high pressure in the venous system. This, in turn, forces the thin walled veins to expand several times their normal size. They may be associated with “feeder veins” or larger underlying varicose veins. Many different factors may contribute to the development of spider veins including: genetics; prolonged standing or sitting; trauma; sun damage; pregnancy; hormonal factors, and others.

The treatment of spider veins has greatly improved over the last several years. Most spider veins are treated with a combination of sclerotherapy injections, superficial and/or topical laser therapy, and Ohmic Thermolysis. Most patients require a combination of treatments for the best result. These procedures are performed in-office using at most local anesthesia. A series of 2-3 treatments per leg are typically required for optimal results. Sclerotherapy involves injecting a problem vein with a chemical solution (sclerosant). This is simple to do, is performed in a short office visit, is virtually painless and requires no anesthetic. The chemical solution causes the blood vessel to close and it will eventually disappear. Sclerotherapy is the gold standard for treating spider veins and is also used to treat certain varicose veins. There are two types of sclerotherapy used, liquid and foamed. Foam is made by mixing the sclerotherapy solution with air or C02. The type used depends on the size or the vein or your presenting problems. You can return to your normal activities right after your treatment. Some patients go back to work after being treated. Patients are told that they will look worse before they look better. Some people clear up in 1- 2 treatments and some people require 5-6 treatments.

Many lasers are used in the treatment of spider veins. Lasers speed up the treatment of spider veins by causing heat damage to the veins. The heat damages the vessel lining causing the veins to become smaller. Lasers use a high-intensity beam of light is pointed at the spider veins, heating them up and destroying them, eventually causing them to disappear. Laser treatment is considered the optimal treatment for spider veins on the face and can be used on other parts of the body. In most cases, sclerotherapy is also used for added effect. The combination of heat and sclerotherapy gives a quicker resolution for a superior cosmetic result.

Ohmic Thermolysis is a relatively new treatment done by directly placing a small needle in the spider vein and focusing heat energy (radio frequency). This device is safe for all skin types. It works better than all other methods of treatment for small reddish veins that are difficult to inject. 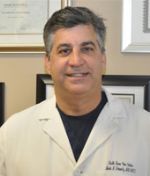 Designed, built and serviced in the United States 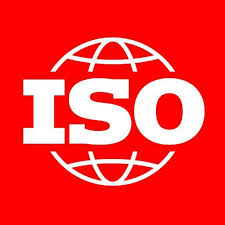